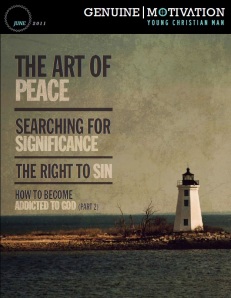 by The Merry Monk

It was obvious that I had failed. As soon as I woke up, I knew what I should have done.
Ornate shrines surrounded the mat with images of old men and divine children filling the training hall with incense. I didn’t know how I got there but I knew why I came. I was there to teach the masters of my art. It was a daunting task since each and every one of them surpassed my rank by at least three degrees.
Waiting for the class to start, 39 Aikido masters unfurled their peacock feathers and took the mat. I was alone behind a wooden partition that separated me from the rest of the dojo as I paced in the dark with my eyes closed. In my mind’s eye I rehearsed what I was going to teach.
Would the peacocks be impressed with my technique? Certainly I didn’t have anything to teach them. Their eyes had seen it all, but would they approve of my performance and welcome me into their bevy? Two loud claps echoed through the training hall. Ready or not, it was show time.
I traveled through time—past the mat and all of the ceremonial bowing—and found myself scanning the room full of kneeling masters. Their faces were stone. Which one should I select as uke—the fall guy—to attack me so I can demonstrate proper technique? I intuitively knew the one chosen would feel insulted.
I looked to the end of the dojo where the lower ranked masters were sitting and made my choice. I extended the invitation to join me on the mat, “Onegai shimasu.” My would-be uke didn’t move. His eyes didn’t even acknowledge my appeal. He stared straight ahead, expressionless.
The stillness shook me. This man had judged me unworthy of his assistance. I repeated my request, “Onegai shimasu.” I received no response.
Embarrassed, I turned to a new potential uke and made another attempt only to be shunned again.
Desperate, I selected yet another uke while trying to appear unfazed. My plea disintegrated as mist against a boulder.
It was a catch-22. I had to teach but none of the masters would condescend to join me on the mat. The impossibility of the situation heated my humiliation until it boiled into anger.
Then I saw a young black belt among the masters who I hadn’t noticed before. He must have been 12 or 13 years old. Surely he wouldn’t snub me. “Onegai shimasu.” This time there was a response, but not the one I desired.
With his eyes the boy asked the older man next to him what to do. The master answered with silent reproof as if to say, “I already told you what to do.” The young black belt’s eyes snapped forward. He sat motionless.
I erupted at the boy, “This is my mat! Do you understand me? Don’t you dare disrespect me on my mat!” A sense of power surged within me. Would my refusal to accept dishonor gain the masters’ approval?
The boy looked to the master next to him again, now with fear in his eyes. This time, the older man looked at me. As soon as he did, I knew he was the boy’s father. He stood up to challenge me drawing out the rest of my anger.
I got in his face and said, “You’ll be my uke or you’ll get off my mat!” As soon as the words left my mouth, I knew I had crossed the point of no return. The father bowed to me and walked off the mat. His son followed suit.
The rest of the masters stood up as well. I was enraged. “Get off my mat, all of you! Who do you think you are? You’re nothing. Get off my mat!” They all bowed to me and left the dojo.
Alone on the mat, I realized that my anger had made me king of an empty castle.
What just happened? Had they all conspired together? Was this some kind of test? If it was, I had clearly failed.
I woke from my dream and instantly knew what I should have done…nothing. It was as clear as the daylight coming in through my bedroom window.
Aikido is the way of harmony. It’s the art of peace. It’s about resolving conflict and restoring balance. In the end, the masters weren’t interested in seeing my technique. They knew I was a competent technician but they wanted to see my heart.
They knew that only a real threat would lay my soul bare, so the masters sat in stillness as an assault on my ego. The refusal to attack turned out to be the attack, and it was more effective than any punch, kick or grab could have ever been. Had I learned the art of peace? Was I devoted to harmony? My heart answered with a definitive, “No.”
I wanted to prove myself for the sake of approval. I wanted respect, and when my pathway to respect was threatened, I fought to defend it. I became the attacker. I resorted to conflict in order to prove that I knew the art of peace.
I understand now, that after my first uke attacked me with stillness, I should have taken my spot as instructor and sat in seiza—the formal way of sitting in Japan—for the duration of the class. It would have been a demonstration of unbroken balance and harmony. Then, acknowledged or not, I should have taken my place among the masters—maybe in my next dream.
I had this dream and resulting revelation on the morning of my 39th birthday. The message later became clear to me, “Erik, nobody is attacking you. You have achieved balance. Stop fighting to prove your worth and relax in who you have become.”