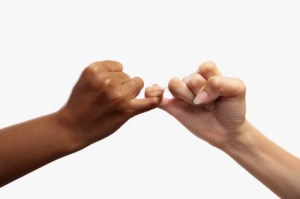 It’s the time of year to find out who was blowing smoke. The contending teams in major league baseball are beginning to separate from the pretenders as they approach the playoff hunt in October. Both college and professional football teams have completed training camps along with all their meaningless games and are now ready to see the results of their off-season efforts, plans and scheming.

The teams are done with promises and speculation. Countless interviews with coaches, general managers, players, analysts and everyone else with access to a microphone, are over. The end of post-practice and game promises and predictions about what each team or player will do has ended. After the excitement, anticipated potential and the optimism are all gone, who will deliver on their promises? We’re about to find out.

Of course, the political promises are still flowing as we ramp up for another election. We can be grateful that these promises only come around every four years. Every year athletes, managers, politicians, actually all humans in general, make exhilarating promises soon forgotten due to disappointment. Our hearts are broken. Our hopes are dashed to molecules. We are left hesitant to trust again.

Someone who keeps promises without fail is rare, in fact there is only One. In the midst of a world of crushed dreams, Jesus boldly beacons us to trust in Him alone, “I am the bread of life. Whoever comes to me will never go hungry, and whoever believes in me will never be thirsty…All those the Father gives me will come to me, and whoever comes to me I will never drive away…I shall lose none of all those he has given me, but raise them up at the last day…and I will raise them up at the last day… I will raise them up at the last day…I am the living bread that came down from heaven. Whoever eats this bread will live forever…so the one who feeds on me will live because of me…whoever feeds on this bread will live forever” (John 6:35-58, just the promises).
Jesus is just as assertive in stating what He will do as He is in telling the world Who He is. The two are interconnected. Because He is the only Son of God, He is able to accomplish exactly what He says. In contrast to human frailty that repeatedly let us down, Jesus will not.

We continually do things which should cause Him to drive us away, but He doesn’t. Why? He said He wouldn’t. While men promise they will be victorious, but in the end they lose, Jesus says He will not lose anyone His Father has given to Him. He won’t. He will do more than that. Although we will die, we will live forever with Him and because of Him. Apparently He’s serious about our resurrection since He repeats the fact three times in this passage.

He will do all these things and more. This is only a snapshot of the things to come for those who trust in Jesus.

Consider the conditions we must meet to force Jesus to keep His side of the deal—as if that were possible. If we believe in Him, if go to Him, we will live. If these actions aren’t simple enough, we are reminded of the passive role we have in this relationship. If we are given to Jesus by the Father we will not be lost. What action can we take to make that happen? Absolutely nothing! A lump of clay can no more tell his sculptor how to fashion the clay, (Romans 9:20) than we can somehow convince God to give us to Jesus. It is His gift to dead corpses, (Ephesians 2: 8, 9). Still, we must feed on Him, sitting down with Him with our lives as we would sit with Him at dinner time. We sup with Him by communing with Him daily and by taking communion with Him as His church. These are as demanding as accepting an invitation to dine from a close friend. These are not conditions which by our failing could void the contract signed by the blood of Jesus. These are promises which He will keep regardless of our failings.

A starving man crawls to a table and is given food. He lives. Jesus makes our spiritual life this straightforward. He is the bread of life, which means if we merely reach out our weak hands and take His offer, which is as simple as eating—something we often do without thinking and have done since birth—we will live forever. This mysterious undeserved kindness is the best kept secret of all time, hidden in the cavern of His overwhelming love for us.

These are some of the Jesus’ amazing promises. He will keep them just as He fulfilled the thousands of prophecies and promises through His earthly life and death. He has conquered both death and hell. He has given us His word. He will keep it.

So, what will we do? All we can do is thank Him with great joy. This is our response even when our solemn words fall by the side of the road of selfishness, when our unfulfilled vows are quickly forgotten, or when the shards of our broken promises crunch beneath our feet as we walk along beside Him. Even then He will not drive us away. So, why should we continue to multiply the weight of guilt upon our shoulders by making bigger and better promises which will only expose our weaknesses in the end? We know we cannot trust in anyone else, including ourselves.

If you knew you could trust in a team which could not lose, how would you react? If you knew you could trust in a presidential candidate who would not fail, what would you do? The answer is obvious. It’s yet another reason to sell our stock in mankind, ourselves included, and focus on the strength of Christ in our lives. His promises may not get us out of the jams we create for ourselves, or make us immune to life’s problems, but they keep things in perspective, knowing the best promises are yet to come. His promises are good and they are ultimately good for us. If He says He will—and He did—He will! (I believe He wanted me to remind you of this!)