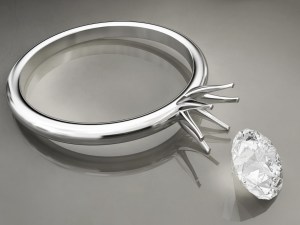 A couple of months ago, I received a question about an ethical dilemma a recently engaged woman is facing. She just found out that her spouse to-be has had “ongoing struggles with pornography.” She isn’t sure what to do, or how to make sure the issue is sufficiently addressed.  Here is how I answered her. Maybe there are some answers for you as well.

Far too many women are watching “The Notebook” or “Twilight” for indicators on what kind of man they should marry. Instead, you probably should watch “The Wolf Man.”

Have you ever seen any of those old werewolf movies? You know, those in which the terrified man, dripping with sweat, chains himself in the basement and says to his friends, “Whatever you do, no matter what I say or how I beg, don’t let me out of there.” He sees the full-moon coming and he’s taking action to protect everyone against himself.

In a very real sense, that’s what the Christian life is about. We all have points of vulnerability, areas of susceptibility to sin and self-destruction. There are beings afoot in the universe who watch these points and who know how to collaborate with our biology and our environment to slaughter us.

Wisdom means knowing where those weak points are, recognizing deception for what it is, and warring against ourselves in order to maintain fidelity to Christ and to those God has given us.

What worries me about your situation is not that your potential husband has a weakness for pornography, but that you are just now finding out about it. That tells me he either doesn’t see it as the marriage-engulfing horror that it is, or that he has been too paralyzed with shame.

What you need is not a sinless man. You need a man deeply aware of his sin and of his potential for further sin. You need a man who can see just how capable he is of destroying himself and your family. And you need a man with the wisdom to, as Jesus put it, gouge out whatever is dragging him under to self-destruction.

It may mean that the nature of his temptation means that you two shouldn’t have a computer in the house. It might mean that you have immediate transcription of all his Internet activity. It might be all sorts of obstacles that he’s placing in his way. The point is that, in order to love you, he must fight (Eph. 5:25; Jn. 10), and part of that fight will be against himself.

Pornography is a universal temptation precisely because it does exactly what the satanic powers wish it to do. It lashes out at the Trinitarian nature of reality, a loving communion of persons, replacing it with a masturbatory Unitarianism.

And pornography strikes out against the picture of Christ and his church by disrupting the one-flesh union, leaving couples like our prehistoric ancestors, hiding from one another and from God in the darkness of shame.

And pornography rages, as Satan always does, against Incarnation (1 Jn. 4:2-3), replacing flesh-to-flesh intimacy with the illusion of fleshless intimacy.

There’s not a guarantee that you can keep your marriage from infidelity, either digital or carnal, but you can make sure the man you’re following into it knows the stakes, knows how to repent, and knows the meaning of fighting the world, the flesh, and the devil all the way to a cross.

You won’t find a silver bullet for all of this, but you just might find a gospel-clinging wolf man.

Russell D. Moore is Dean of the School of Theology and Senior Vice President for Academic Administration at The Southern Baptist Theological Seminary, where he also serves as Professor of Christian Theology and Ethics. He is the author of several books, including The Kingdom of Christ, Adopted for Life, and Tempted and Tried. A native Mississippian, he and his wife Maria live in Louisville, Kentucky, with their five sons.

Read more articles by Russell Moore at his blog: Moore to the Point at http://www.russellmoore.com