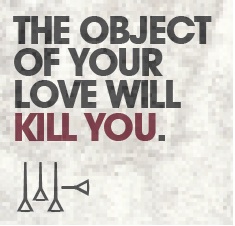 By The Merry Monk

My love of drinking is no secret to anyone who knows me. The taste, the laughter among friends, the lack of self-consciousness…each are parts of a whole that have had me smitten since the first few clandestine beers out in the woods with my mates.
When I got older, I found scotch. Oh baby. I remember our first time.
Her name was Glenmorangie. She was 15 years old, finished in a Sherry cask after being matured in American white oak and soaked in bourbon. She was complicated, a little pricey, and worth it. It was love.
But let me tell you something I’ve learned about love…the object of your love will kill you. There’s no escape. It’s a fact we have to deal with.
Hear the words that filled the mind of Thomas Merton upon receiving communion on his first day in a Trappist monastery:
“Do you know what Love is? You have never known the meaning of Love, never, you who have always drawn all things to the center of your own nothingness. Here is Love in this chalice full of Blood, Sacrifice, mactation. Do you not know that to love means to be killed for the glory of the Beloved?”
Jesus and Merton sing the same song.
John 15:13 says, “Greater love has no one than this: to lay down one’s life for one’s friends.”
So there you have it. Love is suffering and ultimately dying for the beloved. And we all love someone, or something.
Jesus laid it down for His friends. Merton laid it down for his Jesus. And I’ve laid it down for my booze—and for Jesus too, but having two lovers sucks.
My mentor, Steve Brown, teaches that if you’re a Christian, God will never be mad at you again. I believe that. I not only believe that, I’ve tested it…thoroughly.
Let me tell you what I discovered. I’ve found that just because God will never be mad at you, it doesn’t mean that there’s no penalty for bad behavior. But the penalty doesn’t come in the form of eternal fire, losing crowns or God giving you the cold shoulder for a few weeks until you’ve learned your lesson. The penalty comes in the form of consequences. Why? Because the object of your love will kill you. It’s true no matter what you love: scotch, religion, porn, work, family, friends or God. You’re gonna do penance. You’re gonna suffer for whatever god you choose. So choose well.
Remember that sweet 15-year-old I told you about? She used to give so much in return, but after a while I started getting the short end of the stick.
Merton talks about his late nights of drinking with friends before he became a monk:
“It was nothing unusual for me to sleep on the floor, or in a chair, or on a couch too narrow and too short for comfort—that was the way we lived, and the way thousands of other people like us lived. One stayed up all night, and finally went to sleep wherever there happened to be room for one man to put his tired carcass. It is a strange thing that we should have thought nothing of it, when if anyone had suggested sleeping on the floor as a penance, for the love of God, we would have felt that he was trying to insult our intelligence and dignity as men…and yet we somehow seemed to think it quite logical to sleep that way as a part of an evening dedicated to pleasure.”
I once had the opportunity to spend the night sleeping on a bench. I was sober, in an airport, trying to get home to my family after a long weekend working at a seminar for hurting Christians. The next plane didn’t leave until morning. I thought about Merton’s quote and I decided to offer the night as penance for the love of God.
I’ve been drunk before and had to sleep in the back of my truck, on the floor, in a tub…you name it. Never once during any of those times, did my beloved drink whisper to me, “I love you too,” just before the lights went out. But, that night on the bench in the Philadelphia airport with God was different. I heard the blessed whisper, “You are my beloved son in whom I am well pleased.”
Why is the Heavenly Father pleased with me? Because I slept on a bench? Because I’ve dedicated my life and talents to serving Him and His Kingdom? Because I’m faithful to my wife? Because I’m raising godly kids? Are you kidding me? He’s well pleased with me because Jesus didn’t just go around talking about love and laying His life down for His friends, He did it.
Because of Jesus’ self-sacrificial love on the cross, I’m 100 percent acceptable to God the Father…period.
So, what about acts of penance? When asked that question, Martin Luther is reported to have retorted, “What kind of arrogance would make Christians think that anything they could do would ever be more sufficient than the blood of God’s own Son?”
Will He love me more if I quit drinking? Nope.
Even so, I need to be careful who and what I love. You too. Why? Because the object of your love will kill you.
Love God and you’re still going to suffer. Really loving God may kill you. But that’s okay. He’s the only One who’s worth it. He not only loves us back, He loves us first. In fact, we love Him because He first loved us.
May God bless the hell out of you.

One thought on “Love Hurts”